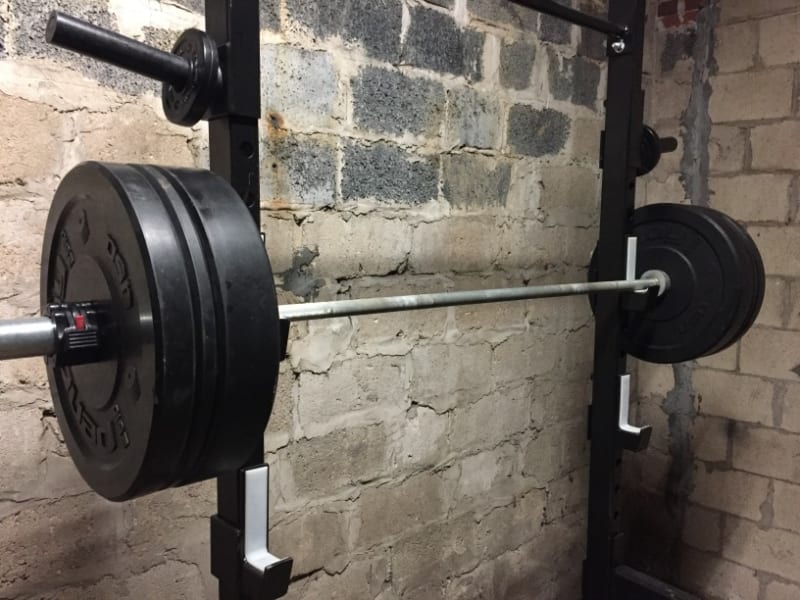 I’m going to go through my history of weight training and how I got to this point in the hopes that you might be able to shortcut some of the lessons I’ve learned.

First, I think it’s important to define some of the terms I’m using. By bodybuilding, I mean a routine that involves a large number of isolation movements, relatively high reps, and usually working different body parts on different days (e.g. “leg day”). As for powerlifting, I’m talking about programs centered around the big lifts like the squat, deadlift, bench, etc. These routines include very little or no isolation exercises, lower reps, and by virtue of doing compound movements, a full body workout each time you’re in the gym.

First Time in The Gym

My first exposure with weight training came while attending my local community college. As part of the requirements for easily transferring to a “real” school, I was required to take a physical fitness class. As almost any young skinny guy would, I chose weight training. The entire class was centered around isolation exercises so I started a routine of leg curls, calf raises and the like. I progressed as quickly as you might imagine a beginner would but lacked the experience to understand the role diet played in weight training and just as quickly stalled. I would frequently get dizzy at the gym and on a couple occasions, had to run to the locker room to throw up what little I had eaten that day. After the class ended, I continued to attend the gym because of my student discount, but never renewed it because of my issues.

I Don’t Have a “High Metabolism”

It wasn’t until later after transferring to a university that I learned I didn’t have some stellar metabolism explaining why I was always so thin. Prior to that, I had always thought that I ate a ton of food. Other people also marvelled at how I could eat whatever I wanted and stayed looking like a rail. Indeed, at the times I did eat, I would eat massive quantities of food. I could easily down a couple thousand calories in a single sitting. But when I decided to track my calories for the first time, I realized my big meals didn’t happen as often as I thought and if I did eat alot, I would automatically eat less for the next day or so. All this is to say that I never learned the importance of eating enough until long after I had decided isolation routines didn’t work for me.

After graduating college, I was propelled into an upper middle class life where I suddenly had a ton of free time and money and it didn’t take long before I turned to one of my life goals which was to have a healthy and fit looking body. I did quite a bit of internet research and discovered the Stronglifts 5×5 routine which was my first introduction to powerlifting. By now you may have heard of this program and since I’m sure the cringworthy statements by that author designed to play into young men’s insecurities has been covered in depth, I’ll just say those things weren’t enough to keep me from seeing the promise in the underlying program. The concept of minimal exercises, natural movements, and full body workouts all spoke to the pragmatic minimalistic personality I had developed during and just after college. And I was sold on the argument that a program with a primary goal of strength would work just as well toward the goal of an attractive physique. After purchasing my first house after graduation, I cleared out the shed to set up my squat rack, barbell, and plates.

Intro to Powerlifting… and Injuries

As with the bodybuilding routine I did in college, my progression was fast with Stronglifts. Notably, my upper legs exploded to a size I didn’t realize was possible. I had struck gold. And because of my prior lesson on eating enough, I got bigger than I ever had before and was confident I would have my dream body in short order. And thanks to Stronglifts teaching me the importance of progressive overload and deloading techniques, I reached the point where I could have moved to an intermediate program. But there were problems. As the weight increased, small deviations in my form were magnified by the multiples of my bodyweight I was putting on my shoulders, resulting in minor injuries. And when the injury affected my arm in any way, the downside of a barbell routine came into light. If you can’t pick up a heavy barbell, you likely can’t do your barbell routine.

I bought Starting Strength and learned so much about what I was doing wrong on my lifts and how to correct them. That single book fixed the vast majority of my form issues. Still, when you’re throwing around hundreds of pounds of weight and you’re drained from previous lifts, injuries and bound to happen… and they did. Still, I continued to follow this powerlifting style routine and just got used to the cycle of progressing to new highs over the course of a year or so, developing some new injury, taking time off, and starting the cycle all over again.

Fast forward about five years and moving to DC and then to Baltimore to focus on real estate investing, I decided I needed to make a lifestyle change which put me in the middle of downtown Baltimore in one of my rental properties. I had already done the whole crazy-guy-with-a-squat-rack-in-his-studio thing and decided I didn’t want to do that again. I sold all my equipment and signed up with a gym close by so I knew I’d have no excuses not to go. Unfortunately, this was one of those large chain gyms which could care less about powerlifting. The only free weights to speak of were dumbells and those silly “barbells” with permanently attached weights going allll the way up to 80 lbs. Still, I figured I could create my own frankenstein routine using the cable stations, leg press, and smith machines. And that’s exactly what I did for several months and I made pretty decent progess in that short time.

About a year ago though, life changed again and I had to switch my schedule to attend the gym in the late afternoon which put me there at one of the busiest times of the day. My workouts started taking forever whether waiting for equipment or trying to work in with someone else. Slowly, begrudgingly, I incorporated more and more isolation movements at the perpetually empty Nautilus-style machines until I arrived at what is essentially the definition of a bodybuilding routine.

To my amazement, I now look better than I ever have before. My chest, arms are back are bigger than they ever were while focusing on the bench, weighted chins, and barbell rows. And from my experience with how my body deals with progression, I have a lot of room to grow. Not only that but because my routine isn’t designed for doing one large compound movement at at time, I can optimize my time in the gym with supersets. That’s certainly not a perfect strategy for progression, but it means I’m spending about the same amount of time in the gym as when I was only doing 3-4 compound movements per session. And the injuries I dealt with in powerlifting? I haven’t dealt with a single injury or even soreness due to a past injury.

To be clear, I’m not saying everyone should switch to a bodybuilding routine just because it’s been so great for me. I know each person is different and there are a ton of factors, some having nothing to do with the movements themselves, that play into whether a routine is effective. What I am saying is that if you’ve been doing a powerlifting program or have thought about starting one after dismissing bodybuilding because it’s lost is popularity in recent years, try to keep an open mind. Before you abandon it, be sure you understand the fundamentals of progressive overload and how to work around a plateau. Be 100% confident that you’re not eating too little or too much and the macros you should be targeting.

Though I do occasionally miss the feeling of pure power that comes from completing a set of heavy deadlifts, I for one won’t be returning to powerlifting for the foreseeable future.