Yes, Returning to Gmail From Inbox is a Massive Downgrade 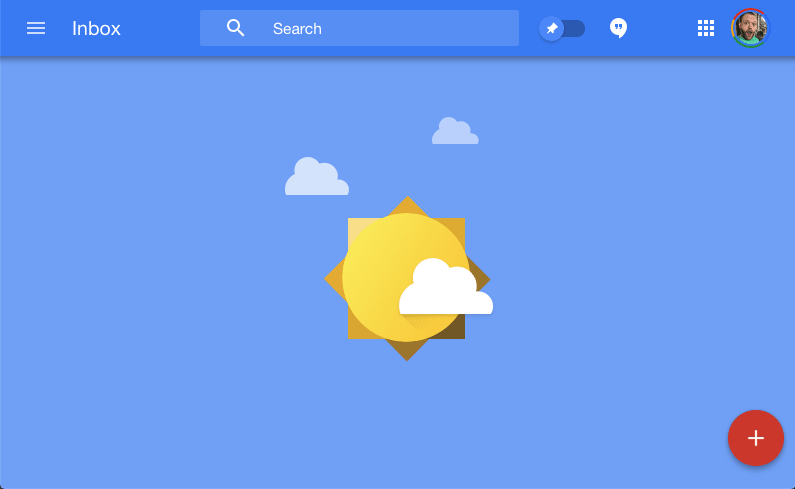 After a couple months of suffering with Gmail, I wanted to give a quick update to anyone finding this post in the near future. Simplify is a Google Chrome extension written by a Google Inbox co-founder which dramatically cleans up the look of Gmail. Though it’s just a bit of styling, it really does help the interface not look 5 years old. Reminders in my inbox are still sorely missed but this extension has helped in my recovery.

Along with so many others who used the gem that was Google Inbox, only today have I been forced to accept that it is truly dead. Not when the DAILY notifications started popping up from Google telling me I was silly for holding out. Not even Google disabling Inbox notifications on my phone was enough to send me back to Gmail. This is the only thing that really forced me to switch, a f*ck-you-to-the-future-of-email splash screen preventing me from even loading up the app (without what I consider to be extraordinary measures):

When Inbox was first pushed on me as an Android user in 2015, I originally HATED it. I had never been a fan of archiving all my messages and the interface was just SO minimal. Surely, I’d miss all the other stuff filling up the Gmail UI? No, no I did not. Not even a little. Inbox really was the future of email and now I feel like I’m stepping back in time, and nostalgia is not the name of this feeling bubbling up inside of me.

I tried, I really really tried to like the “new” Gmail. On three separate occasions over the last couple months I tried to switch back and alter my workflow. Unfortunately, the claims by Google that they had brought the most important functionality of Inbox to Gmail were (and still are) damn dirty lies. It feels just as clunky and bloated as it did 5 years ago and there is no excuse for not bringing the most important feature of all to Gmail; a centralized reminder system that just works. And works the same between mobile and desktop. Even now I’m still struggling to choose between the hacky options of either snoozing Google Keep notes or creating a Calendar event just to remind myself to do something. On top of this, not being able to manage these reminders from within Gmail is just plain wrong. And what feels like it should be the obvious choice, Tasks, takes a bare minimum of 6 mouse clicks to set (not counting actually entering the details of your reminder of course) and don’t even remind you of their arrival. In each case, it feels like Google hot-glued these features onto an aging Gmail.

Here’s hoping I learn to love Gmail the way I learned to love Inbox. Considering this is the same old email client I used years ago, I’m skeptical. Maybe Google will bring truly integrated reminders to Gmail? They haven’t in this many years, so why would they now? Goodbye Inbox, you will be sorely, painfully, agonizingly missed…