Trick Yourself Into Getting to the Gym 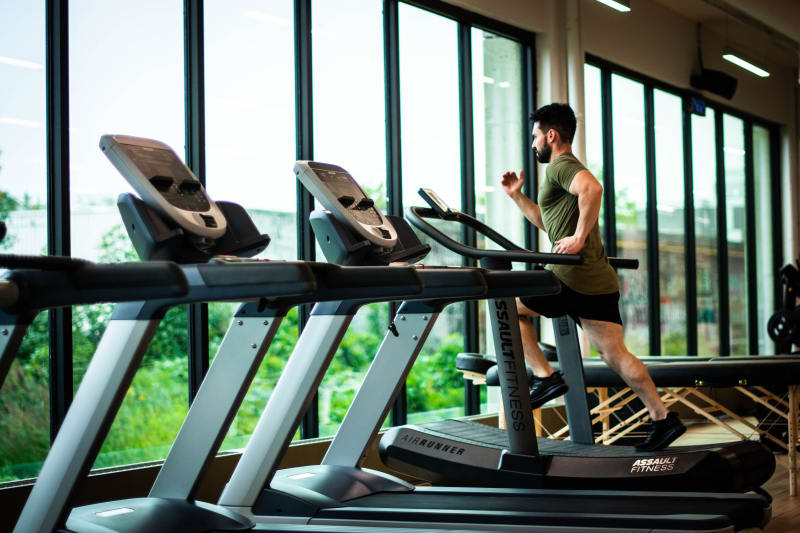 This is a simple tactic but one of the most powerful tools I use in my life both in and out of the gym.

I feel like I tried everything to make it more convenient for myself so I wouldn’t have an excuse to not work out. While living in DC I required my gym be within 3 blocks. I still suffered the same issues. Later on when I bought a house with a garage, I put a set of equipment in there so it was even closer. Same issue. Even moving that equipment into my living space didn’t completely cure my lack of motivation. The human ability to convince ourselves not to do something unless it is matter of life or death is remarkable.

Then one day something clicked.

I was sitting on my bench preparing myself mentally to do a particularly heavy set of squats. I thought about the upcoming set in painful detail. It was going to take every last ounce of effort I had.

I watched myself become more and more repulsed at the idea of doing the set. I even started questioning why I was doing them at all. “I’m strong enough”. “I could stop here and be totally fine with how much I can squat”. “I’m not all that unhappy with my body at this point either”. “I’ve made so much progress so what’s even the point?”. “What am I really working toward?”. I ignored any notion that I had fitness goals I wanted to achieve. I was consumed by the thought that this workout was completely unnecessary.

Even when I started to realize that I might get into a habit of not working out, my brain switched tactics: “I deserve a break today anyway at the very least”, “I can always decide to pick up where I left off in my next session”.

For one reason or another, that part of my brain wasn’t getting away with it this time. I shook my head, said “shut up and just do it!”. I not only completed the set but did the rest of my lifts without issue. It was difficult to ignore how much easier the workout was than I was leading myself to believe. They were hard for sure (heaviest lifts I had done up to that day) but nothing compared to the torture I was convincing myself it was going to be.

So what did I learn that day? I learned that no matter what is happening in life, no matter how easy or difficult my workout might be, a part of me will ALWAYS find a way to convince me not to do it. IF I LET IT. The trick here sounds so easy and it’s hard not to understate it. It all comes down to something directly from the mindfulness camp playbook.

If you’re not familiar, mindfulness is the act of paying such close attention to what you are doing in the moment that you exclude random thoughts. Essentially, you give the activity you are currently doing 100% of your bandwidth. That doesn’t mean you never have time for things like planning or even worrying. What it does mean is those activities are only allowed during an intentional block of time. You do your best to not let them interject themselves where they don’t belong.

So coming back to working out, what I learned that day was if I want to guarantee my time in the gym happens, I can’t think about it. The gym just has to be a thing that happens. It can’t be a thing you decide to do. This is not easy by any means. Even after knowing this, you will catch yourself falling into the same pattern. The problem is that the lazy part of you will always be trying new tactics. The way you trick that part of you is by giving it ZERO bandwidth.

How appropriate it is that as I wrote this article, I started thinking about how busy the gym was going to be after I finished writing (I’m back to having a gym membership). I had already planned to go at a different time today but hadn’t thought about that aspect. I came so close to opening a new tab in my browser just to quickly check Google Map’s “Popular times” feature to see if my gym was unusually busy. I’m always a pretty prepared person so what harm could it do? What a dirty trick my lazy brain was about to pull on me. I had to shut that thought down real quick.

This technique also applies outside of the gym. The reason is that your mind uses the same tactics to talk you out of anything you don’t really want to do in the moment. Think about anything you’d LIKE to do but don’t WANT to do and you’ll see a similar pattern. Anytime you think about catching up on your finances, getting organized, studying for that big test, just know that the act of thinking about it might be the very thing keeping you from doing it.